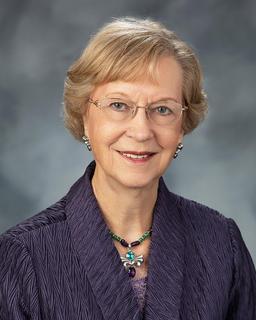 New Publication: FROM THERE TO HERE: WAR, PEACE, PANDEMIC - A MEMOIR 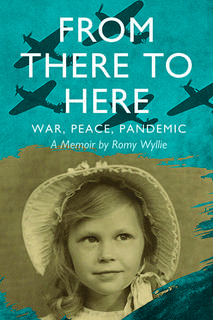 Comparisons between the 2020 coronavirus pandemic and World War II create a backdrop for recollections of the author's childhood, schooling, marriage and a three-year sojourn in America. The book is a prequel to Wyllie's 2012 memoir, Loving Andrew.

A devastating wildfire, which destroyed fifty percent of the houses in our neighborhood in 1993, sparked my late-life writing career (I was in my mid-sixties). Realizing that all the materials I had been saving to recount the story of bringing up a child with Down syndrome would have been destroyed if our house had burned, I took a college writing class and started my first book. That book was published on October 26, 2012. In the interim I published two books on architecture: Caltech’s Architectural Heritage: From Spanish Tile to Modern Stone published in 2000 by Balcony Press of Los Angeles; and Bertram Goodhue: His Life and Residential Architecture published in 2007 by W. W. Norton of New York and London.  I have also co-authored, with Charlotte Erwin, The President’s House at The California Institute of Technology published by the Institute in 2001, and edited a book by Katherine Offenhauser, Bob Ray Offenhauser: An Architect’s Journey, published by Balcony Press in 2011. In 2017, I completed a monograph, Eva Maddox: Innovator, Designer, Educator published by Images Publishing Company, Pty, Ltd, Victoria, Australia.

In 2018, I wrote an essay on Carrie Estelle Doheny and helped to edit a collection of essays on 20th Century women leaders in the world of books for an in-house publication to celebrate the 90th anniversary of the Zamorano Club, Los Angeles.

Based on material in my books, I have written articles on architecture and developmental disabilities. Commentaries for national newspapers include: “Mainstreaming Can Hold Everybody Back,” published in the Los Angeles Times (Feb. 26, 1996), the Chicago Tribune (March 8, 1996), and the San Francisco Chronicle (March 11, 1996). Albert Shanker, President of the American Federation of Teachers, used this article as his guest column in the New York Times (April 21, 1996) and The New Republic (May 13, 1966). “Spared a Choice and Glad of It” was published in the Los Angeles Times (Nov. 6, 1996) and the Chicago Tribune (November 22, 1996). “Labels Are Less Important Than Attitudes” was published in the Los Angeles Times (April 23, 1997) and the Chicago Tribune (May 14, 1997). My essay "The Architecture of the National Academy of Sciences" is one of sixteen articles in Convergence: The Art Collection of the National Academy of Sciences (Washington, D.C. NAS, 2012).

I am a reader at the Huntington Library, San Marino, California, and hold membership in Authors Guild, Authors Den, the Society of Architectural Historians, and the Zamorano Club (Los Angeles). I am co-founder and retired director of a volunteer Architectural Tour Service at the California Institute of Technology. In 1996 I was made an Honorary Alumna of the Institute for this contribution. I have given numerous illustrated lectures on the architecture of the Institute and the work of Bertram Goodhue.

I was born in Yorkshire, England. My education consists of an M.A. in English and History from the University of St.Andrews, Scotland (1955); a diploma in business and secretarial practices from St.Godric’s College in London (1956); and a diploma in interior design from the Harrington Institute of Interior Design in Chicago (1974). My husband is Professor of Geology Emeritus at the California Institute of Technology.

I started my professional life as Secretary to the Dean of Summer Sessions, Pennsylvania State University (1956-1959). After giving birth to four children (1959-1965), I returned to the work force as Managing Editor of the Journal of Geology at the University of Chicago Press (1967-1972). From 1974 to 1983 I was on the faculty of the Harrington Institute of Interior Design in Chicago. I taught classes in Interior Design and co-taught History of Architecture. After three years working for an interior design firm in Chicago, I founded my own Interior Design business, named Intekton, in 1977. I am a professional member of the International Interior Design Association.

Following the retirement of my interior design business, I find that writing provides a stimulating occupation. After the initial research is complete and I have an outline formulated, an inner voice takes over and guides me through the writing process.

I have just published through IngramSpark a new memoir, From There to Here: War, Peace, Pandemic.  Synopsis: With the need to find an engrossing project to fill the isolation forced on us by the 2020 coronavirus pandemic, From There to Here recalls the author's childhood growing up in England during World War II. Wyllie compares the many restrictions imposed on our lives today with the hardships endured by the British during the war. Set against this backdrop, the book describes the author's early life, boarding schools, university, marriage to an Arctic explorer, and a three-year sojourn in America. The book ends with the anticipated birth of Wyllie's first child, making this story a prequel to her previously published Loving Andrew: a Fifty-Two-Year Story of Down Syndrome.

From There to Here: War, Peace, Pandemic - A Memoir

Comparisons between the coronovirus pandemic and World War II are interwoven into the author's childhood, education, marriage, and a three-year sojourn to America.

Loving Andrew: A Fifty-Two-Year Story of Down Syndrome

A mother's inspirational birth-to-death story of a son with Down syndrome, born in 1959.

The residential designs of Bertram Goodhue are described in the context of his ecclesiastical and secular projects.

A richly illustrated architectural history of the California Institute of Technology.